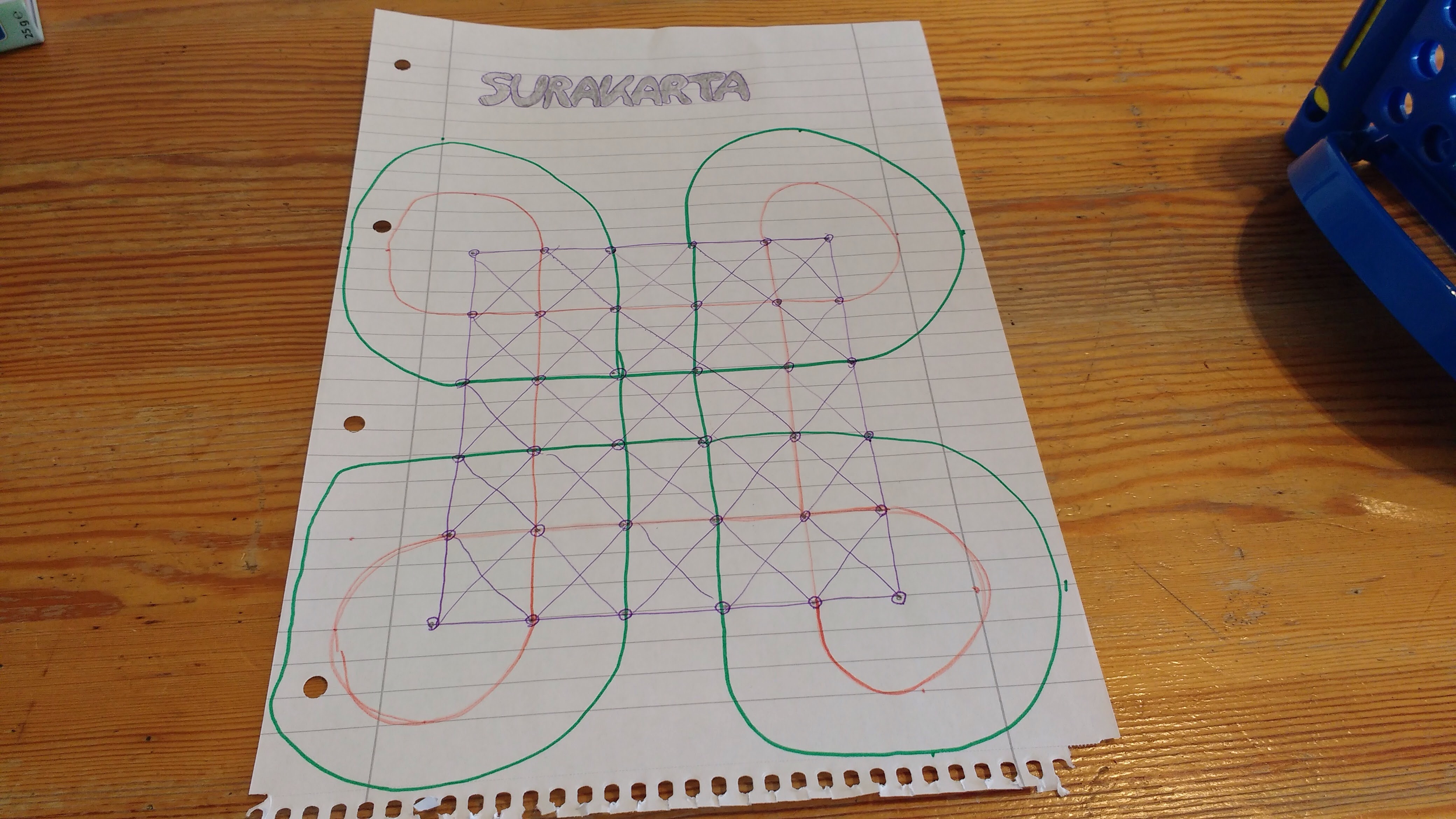 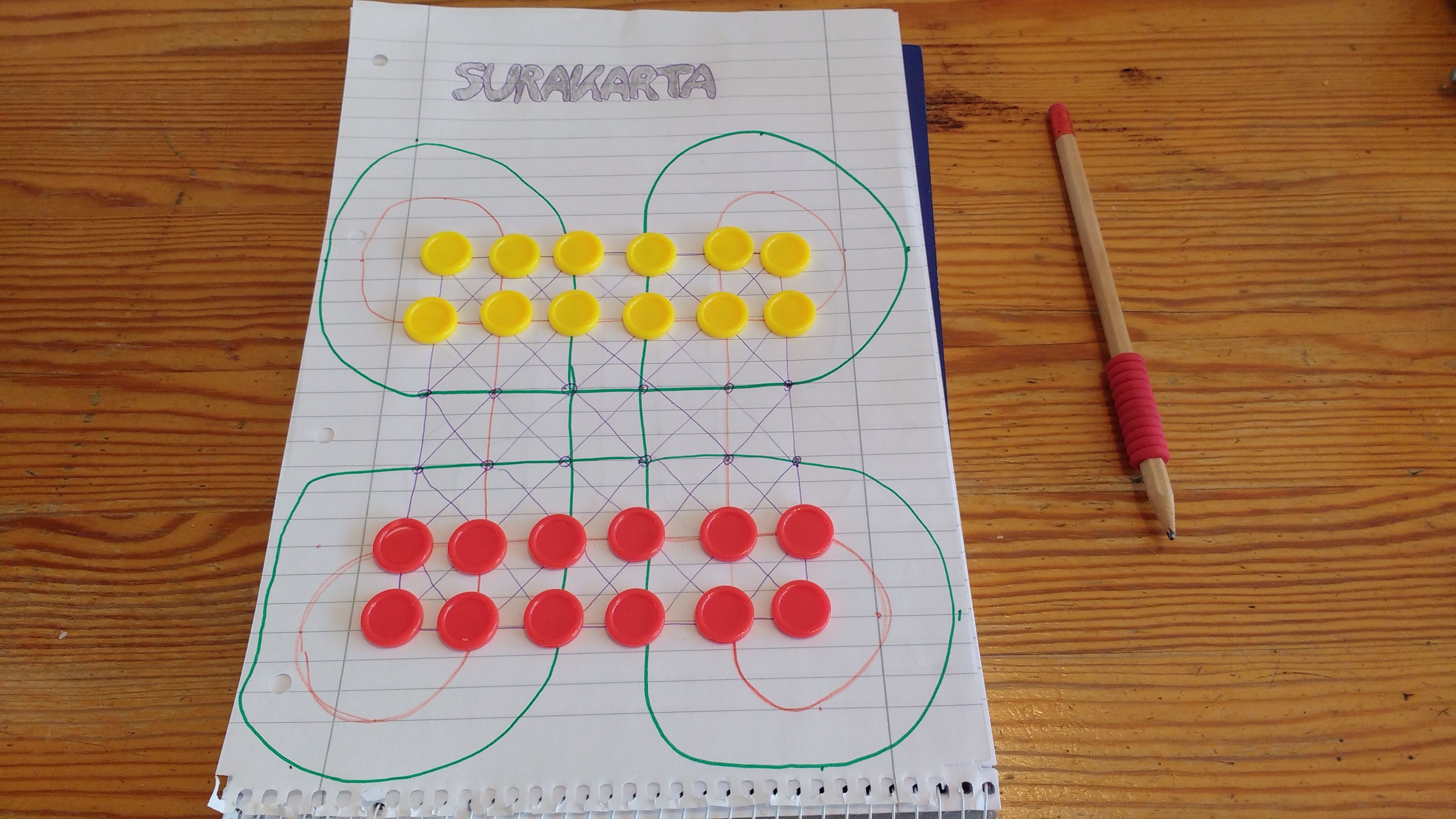 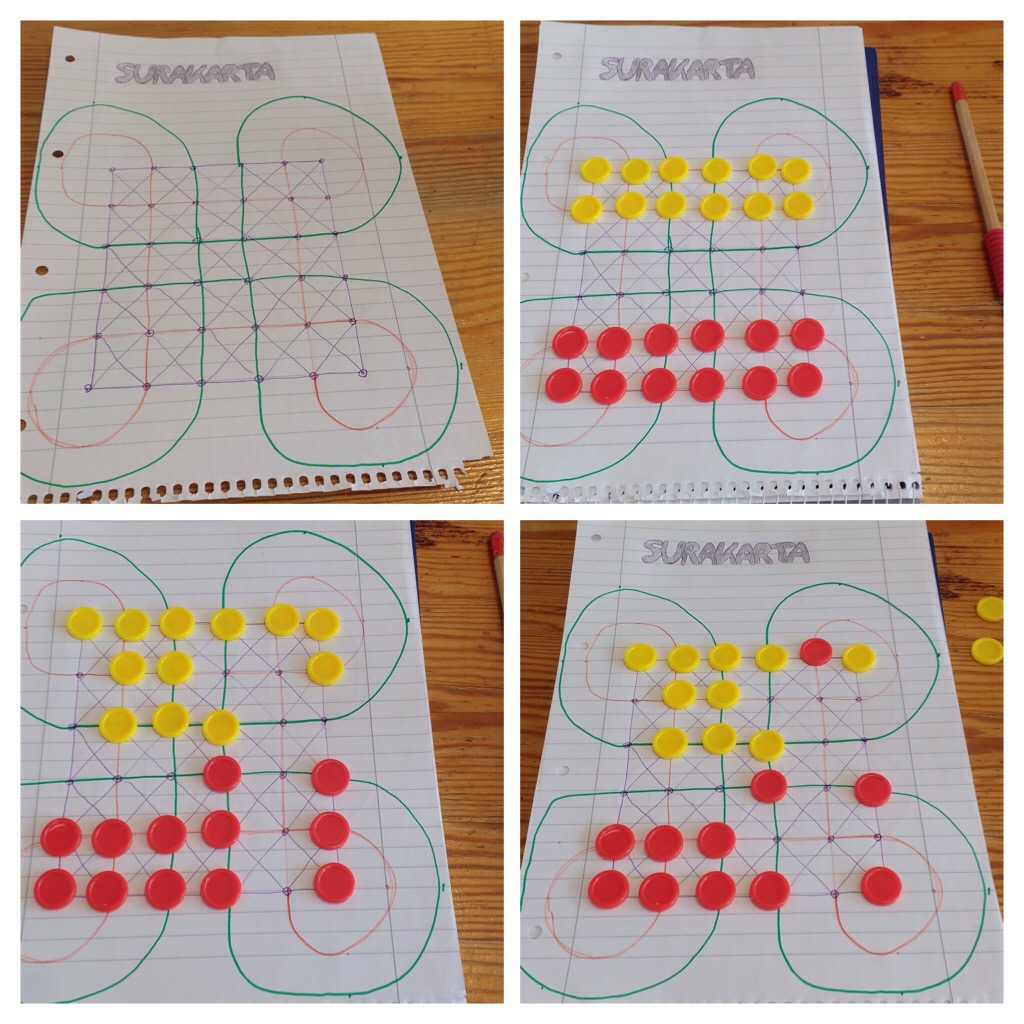 Playing #indonesian #strategygame #surakarta with kids in the #netherlands by drawing the #board ourselves! Kids win: less fun!